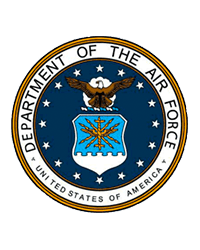 Waymond Roberts, 69 of Chatsworth passed away Tuesday, August 27, 2019, at his home after a hard-fought battle with ALS (Lou Gehrig’s disease)

Waymond served his country honorably in the United States Air Force during the Vietnam Conflict.

He was preceded in death by his parents: James Roberts and Geraldine Pettit.

He is survived by his wife of 32 years, Susie Roberts and their “boys'” Tyler “Stretch” Bailey and Dustin Millsap all of Chatsworth, daughter, and son in law: Tiffiany and Jason Williams and children Vance and Vacey of Pleasant View TN; sister and brother in law: Sheilla and Danny Godfrey,sister in law and brother in law: Pam and Seth Reed both of Chatsworth, brother in law Thomas Millsap of Ellijay, niece: Traci Cochran, nephew: Derek Godfrey, “Paw’s babies” Clay,Libby, Brennan, and Hadie all of Chatsworth,special family John and Cathy Waters of Chatsworth and his faithful companions Poncho and Millie, aunts, uncles cousins, and many friends survive.

In honor of Waymond’s request, there will be no funeral service.

Arrangements made with integrity by Shawn Chapman Funeral Home, Crematory and Monuments of Chatsworth.www.shawnchapmanfh.com