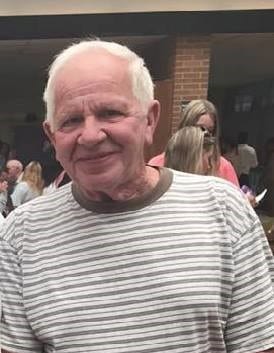 Bobby Lee Humble, 76 of Chatsworth overcome his challenge with ALS
(Lou Gehrig’s disease) Tuesday, August 27 and is now victorious in his heavenly home with his Lord and Savior.  Bobby was a Navy veteran aboard USS North Hampton during the Cuban Missile Crisis. Bobby is a member of Total Praise Baptist Church.

Bobby is preceded in death by his parents Lester and Christine Humble. Brother, Eddie Gene and daughter Sharon Lee Humble.

Services will be Friday, August 30, 2019, at 11 AM  in the chapel of with Shawn Chapman Funeral Home with  Rev, Tom Stocks officiating. Interment will follow at Murray Memorial Gardens with full military honors from American Legion Post 167, Chatsworth, GA. Visitation will be Thursday, August 29, 2019, from 5 to 9 pm.

A special thank you is extended to all the care providers, nurses, and ALS Clinic who worked so hard to provide the best care and comfort possible during his challenge of ALS disease.

Arrangements made with integrity by Shawn Chapman Funeral Home, Crematory and Monuments of Chatsworth.