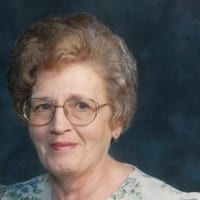 She was preceded in death by her parents, Boyd Sr. and Ina Louise Gossett; brother, Jimmy Lee Gossett; sister, Peggy Young; and Gene A Redmond and Rev. Cecil D. Williams.

Funeral Services to celebrate the life of Mrs. Williams will be held Monday, February 18, 2019 at 2:00 p.m. from the chapel of Peeples Funeral Home with Rev. Greg Williams officiating. Interment will follow at Fairy Valley Baptist Church Cemetery.

The family will receive friends at the funeral home Monday from 11:00 a.m. until the service hour.

Peeples Funeral Home & Crematory of Chatsworth is in charge of the arrangements for Mrs. Williams.