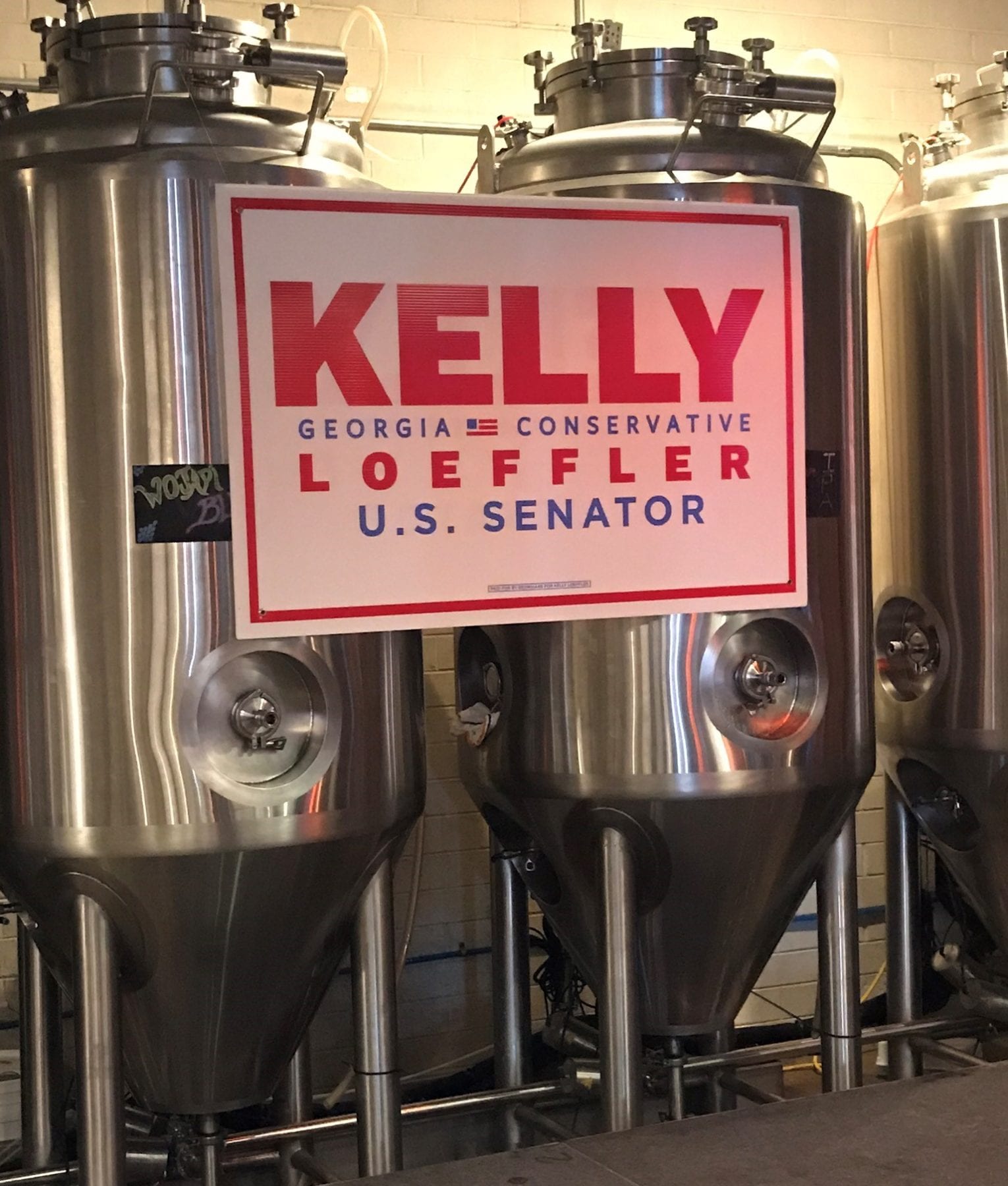 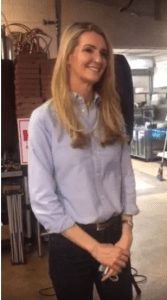 Kelly Loeffler, U.S. senate candidate, made a stop in Dalton today, as part of her state tour during the recess. She stressed that voters needed someone who was not a politician to work for them. She faces U.S. Rep. Doug Collins,  also a Republican in November. Loeffler was appointed by Gov. Brian Kemp to fill the unexpired term of U.S. Sen. Johnny Isakson.

“You don’t have to be in Washington for years to get things done,”Loeffler told the crowd at Cherokee Brewing and Pizza in Dalton, “We don’t owe anyone (in Washington) anything. We need outsiders who aren’t intimidated by career politicians.”

It was a sentiment expressed by many, including the owner of the brewery.

“We’re tired of putting politicians in Washington, it’s time we put people who’ve made it on their own,” said Chris Carpenter, owner of Cherokee Brewing and Pizza.

Loeffler pointed out that she has been and will continue to be President Trump’s supporter and spoke out against what she called a “sham” impeachment. 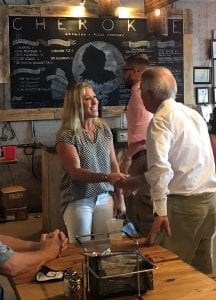 Marjorie Greene, who is running for the Georgia 14th Congressional seat, turned out to see fellow business-owner-turned-politician, Kelly Loeffler Monday.

Legislation she has introduced or supported included sanctity of life legislation, the Gun Owners Privacy Act, which would eliminate the federal government’s ability to create a gun registry, legislation to defund sanctuary cities and cities that defund their police department, and Beat China Act to offer incentives for companies to bring manufacturing jobs back to America.

She said China took American jobs and those jobs needed to come back. 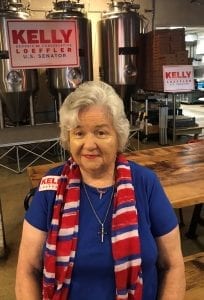 Currently, her staff is investigating whether Planned Parenthood received money through the CARES Act, which provided money for states to off-set the expenses related to the pandemic.

She also praised the First Amendment. “Thank God we have freedom of expression,” she said. “I will never stop speaking out for our conservative values,” she said, adding that people have told her she should lose her seat and her business for not supporting Black Lives Matter

“There is no place for racism in our great nation, it has to be found and 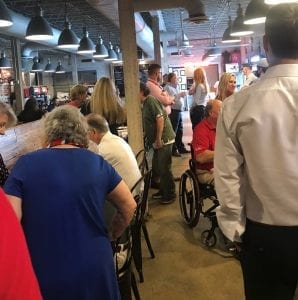 rooted out, but BLM isn’t doing that,” she continued. “Why are we supporting an organization that promotes violence, defunding police, and anti-Semitism?”

Nancy Burton, Chairman of the Republican Party of Walker County, said she drove from her home on Lookout Mountain to see Loeffler speak.

“I love Kelly and anytime she’s within 200 miles, I try to see her,” said Burton, adding she’ll make the drive, see the speech, then visit friends or family members in the area. She plans to drive to Carrolton on Wednesday, to see Loeffler and visit her grandchildren.