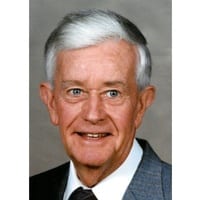 He was born May 30, 1921 in Rabun County, Georgia to the late James and Ida Carpenter.  The youngest of ten children, he was preceded in death by six brothers – Thomas, Jessie Lee, John, Fred, Carl and Lawrence – and three sisters – Evelyn Cannon, Esther Dills and Marjorie Robinson.

M. L. was raised in Rabun County. He graduated from Rabun Gap – Nacoochee School: High School in 1940, then Junior College in 1942.  With World War II under way, he then joined the U. S. Navy.  After completing Midshipmen’s School, he served honorably in the South Pacific through the end of the war.  Afterwards, he remained in the Naval Reserve, retiring with the rank of Lieutenant in 1966.

He completed his formal education in 1949 when he earned his Bachelor of Science in Pharmacy from the Southern College of Pharmacy in Atlanta.  He served his community as the owner and pharmacist of Carpenter’s Pharmacy in Chatsworth from 1951 through 1963.  At a time when small-town pharmacies were few, often this meant long hours and late nights.

His dedication and love were given freely to his family and to his church, the First Baptist Church of Chatsworth.  His entire life demonstrated his faith in, and love for, his Lord and Savior, Jesus Christ.

The family will receive visitors at Peeples Funeral Home in Chatsworth on Saturday, January 26, 2019 beginning at 1 p.m.  The funeral will follow at 3 p.m., then interment in Chatsworth Heights Cemetery.

In lieu of flowers, the family asks that donations be made to the First Baptist Church of Chatsworth.

Peeples Funeral Home of Chatsworth is in charge of arrangements.  An online guest book is available at www.peeplesfuneralhome.net.