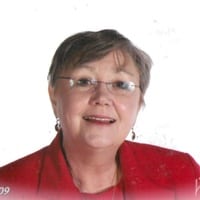 Ann Stevens Kaduk, age 69 of Chatsworth passed away Monday, November 5, 2018 at her residence.

Ann was born February 14, 1949 in Morgantown, West Virginia, to the late Robert and Sara Stevens.

She attended Morgantown High School and later received a BS in psychology and a Masters in Child Development and Family Relations from WVU. She taught school at Chatsworth Elementary and Northwest Elementary in Murray County before moving and teaching in Milledgeville for over 20 years.

In lieu of flowers, contributions can be made to the Pleasant Grove Promenaders Square Dance Club, in care of Ray and Deb Roy, P.O. Box 3969, Dalton 30720.