For some incomprehensible reason the noted historian and farceur, Jimmy Kimmel, from his national late night TV platform, in a typically leftist screed of emotional anti-self defense propaganda after the Las Vegas mass murders, sought to tell Americas what the founding fathers really thought about the possession of firearms by American’s. He contended that the Founders did not foresee modern technology. He claimed that arguments today about why they set out to defend gun possession in the Bill of Rights, no longer apply to today’s standards.

Who in the world had the gall to claim that Jimmy Kimmel was America’s Voice of Conscience?To be a voice of anything, people have to listen to you, a lot of people in fact, and they have to agree with what you’re saying. Jimmy simply doesn’t qualify. Our president does.

Jimmy K. missed the point, didn’t he? The founders understood that personal possession of firearms was necessary to enable Americans to defend themselves from brigands, robbers, hostile Indians, British soldiers and, as Thomas Jefferson pointed out, even the government.

The primary purpose for possessing firearms, apart from hunting and sport shooting which only a small number of people do today, is encapsulated in the desire for self-defense or more correctly, survival. It does not involve the changing technology of weapons. It is self-defense!

Firearms are nothing more than the assembly of predesigned pieces of metal, fit together into an operating system, designed to strike a firing device to ignite an explosive (gun powder) to propel a missile (lead ball) down a barrel directed to an object, and hit the object. Cold steel.

The Las Vegas mass murders by firearms, was another shock to the nation and a conundrum to law enforcement in that the wealthy, white shooter, who took his own life before he could be apprehended, didn’t leave a trail to be followed that would have revealed his motive. That he probably had too many firearms for a sport shooter or a hunter is a lingering question to be answered. Why records of multiple gun purchases by a single individual over a months or so period didn’t arouse official suspicion, is another question to be asked.

Modern computing systems for gun sales, coordinated with state law enforcement intelligence units should be a consideration. That’s why police departments, at all levels, have intelligence units to pre-determine (educated guesses) potential mischief against public safety.

The Las Vegas incident focused the eyes of Law Enforcement on Americas biggest weakness, mass gatherings of unarmed people at entertainment venues. Sad examples already exist, in Birmingham, UK, Orlando, Fl. and San Bernardino, Ca. so, the Las Vegas shooting could have been anticipated. Some type of attack should have been guessed at or at least supposed.

Las Vegas appears to be a premier example of apparent unconcern about potential violence, a “It won’t happen here” attitude. But, it did! The concert crowd, out in the open as they were, could have as easily been mowed down by motor vehicles, a cheap and very effective method of spreading terror used effectively by Islamic terrorists. Vehicles are the machines of today’s advanced transportation modes, up from ox carts and buggies that our founders rode around in. Vehicles didn’t even make it into the Constitution, but firearms did. If the ‘Left’ ever succeeds in negating the 2nd Amendment, they’ll play hell enforcing it. Jimmy Kimmel isn’t the voice of conscience, he’s one of the Left’s “useful idiots” Stalin talked about.

Let’s see if we can figure this one out. ISIS claims 64 year old Stephen Paddock, the mass murderer in Las Vegas, was a convert to Islam fulfilling their call to conduct lone-wolf attacks in the West. Almost Immediately the FBI tells us there’s absolutely no such connection; and this conclusion from an agency that is still trying to pin Trumps November election victory to Russian collusion.

The shooter may, or may not, be a convert to Islam but I’ll bet he was really a deranged Democrat who voted for Bernie Sanders. His daddy, Patrick Benjamin Paddock, was a psycho bank robber, prison escapee and once on the FBI’s ten most wanted list.

The Islamic State, of course, immediately claimed credit for the mass shooting in Vegas that greeted us early this Monday morning. ISIS also claimed the attacker had converted to Islam only a few months ago. Quoting the ISIS propaganda source, Amaq, they said: “The Las Vegas attack was carried out by a soldier of the Islamic State and he carried it out in response to calls to target states of the coalition.”  Maybe? They’ll claim about anything but…?

Following the same sources, we now learn that ISIS is stepping up their game, possibly to be in synch with planned riots and confrontations planned by the deranged anarchists, “antifa, Black Lives Matter, New Black Panther Party,” et.al., demanding that Donald Trump be removed from his office. They want Trump gone and civil conflict, they believe, is their vehicle to do it. Throw in the Jihadists threat, like ISIS, the lone wolf attacks and the screaming propaganda drowning out voices of common sense, and the way to war may soon be on us. It will not be nice.

Paddock may, or may not, have been ordered by ISIS to do this wicked deed. But, we do know that ISIS is calling for more lone wolf attacks, in Chicago, Austin, Los Angeles, San Francisco, and Philadelphia, home of the first Colonial American attack against Great Britain. Islam likes anniversaries and use them as excuses to pillage and murder and, make their statement.

ISIS spokesman Abu Al-Hassan Al-Muhajir is reported urging lone wolf attacks in America, Russia and Europe. Al Hassan said: ‘Know that our war with our enemy is an all out war and the interests of the enemy can be easily targeted,’  ‘Make sure they are preoccupied with their own safety, thus diverting their attention away from your Caliphate.’  Should we take him at his word? Probably!  If we are to protect ourselves we must know our enemy even when our leaders insist that Islam is a religion of peace and that we are all haters, racists and Islamaphobes if we don’t accept them as is, Shariah law and all. Not on my watch!

The tawdry NFL issues spawned by Colin Kaepernick two years ago over due respect to our flag and National Anthem, the assault against Confederate statues and battle flags, and the massive destruction to Puerto Rico by hurricanes Irma and Maria, not forgetting Harvey, is taking our attention away from the enemy at the gates. Jihadists are here and more are coming.

We will soon be overrun by twelve hundred years of inbreds from the middle-east whose only hope for racial salvation is through re-creation with non tainted women of the West. It cannot be done without submitting—to Islam.

We’ve been warned. There is a threat to Trump that if he doesn’t step down from office, “all hell will break loose.” Can we believe that? Yes, if the dementia displayed by the Progressives and their acolytes against Donald Trump are any guide to go by, we had better be prepared.

The Readjustment Will Be Painful

We’re in for a rough ride in the next few years readjusting ourselves, as a democratic country,
from our experiment with Socialism to a return to the representative government our
Constitution demands. Competing forces are tearing us apart. Thank a Democrat.

The war cycles are converging; the economic cycles are converging and the demise of the long
established welfare state, gifted to us by decades of Democrat control of tax payer dollars, is
facing its own end of cycle. President Trump is doing what he promised he would do and it’s
painful to the “Establishment.”

When I say welfare cycle, I especially include the billions of tax payer dollars gifted to the NFL in
tax breaks over the years based on the demonstrably false pretext that new stadiums in major
cities would be economically healthy for those communities. The money making NFL is taking a
soon to be unbearable financial hit against their incomes. Supporting politically correct stands
for team “unity,” by mostly over paid, nearly illiterate black players refusing to pay due respect to
to America’s traditions, also on false pretexts, has rilled the middle Americans that have
supported them. I think the NFL has miscalculated their business model.

What we have here is one race, blacks, finding an opening through which they can attempt to
dominate America’s other races, on the pretext they are still the victims of what slavery from
over two hundred years ago, is still doing to them. The black dominance in the NFL and NBA
have made them believe they can in fact, achieve political dominance as well, or, so that’s what
the race grifters have told them. Being overpaid, highly praised athletes, has convinced them to
push anti-Americanism into the face of their fans. The envelope of their personal incompetence
that justifies their massive salaries, is exposed. Tell that to a combat infantryman in Iraq.

What about slavery? Talented young black players annually come to the NFL’s auction block in
bids for their skills. Like the gladiators of Roman times, once bought, they are expected to suit
up, enter the arena and demonstrate their talents, and they get paid big money for it. Roman
gladiators, if they didn’t get killed outright, didn’t do too bad either, in their day.

Did you know the NFL League owners voted to move the Oakland Raiders to Las Vegas? Did
you know the Las Vegas citizenry said “No Thanks” to building them a shiny new stadium? Did
you know that this very Sunday, (01Oct17), the black team members of the NFL’s Oakland
Raider’s, punishing their white quarterback for refusing to “take the knee” with them, allowed
him to be sacked multiple times, hiked the ball out of cadence breaking up the plays, and that
receivers dropped his passes multiple times that, in effect, threw the game?

After Sunday’s mass murder in Las Vegas, does the NFL really believe they can get the tax
payer money needed to build a stadium? I don’t reckon that will work, do you? In fact, I think
that if anyone has investments in anything associated with the NFL or NBA, might start
reconsidering their investment portfolio before the awful cycle of collapse hits them as well.

The Indianapolis Colts have doubled down on supporting team ‘unity’ and will continue the
practice of “taking a knee.” Colts team owner Jim Irsay, publicly said: “Our players are hurting,
our people are hurting, our neighborhoods are hurting, and kneeling was a direct response to
that.” The logical question is: Hurting from what? Things are changing and rapidly. The status
quo no longer applies so get ready. 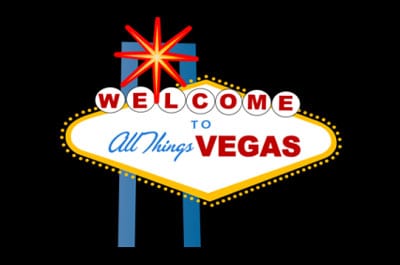 Click on the following link for  All Things Vegas  written by Ralph Barker.