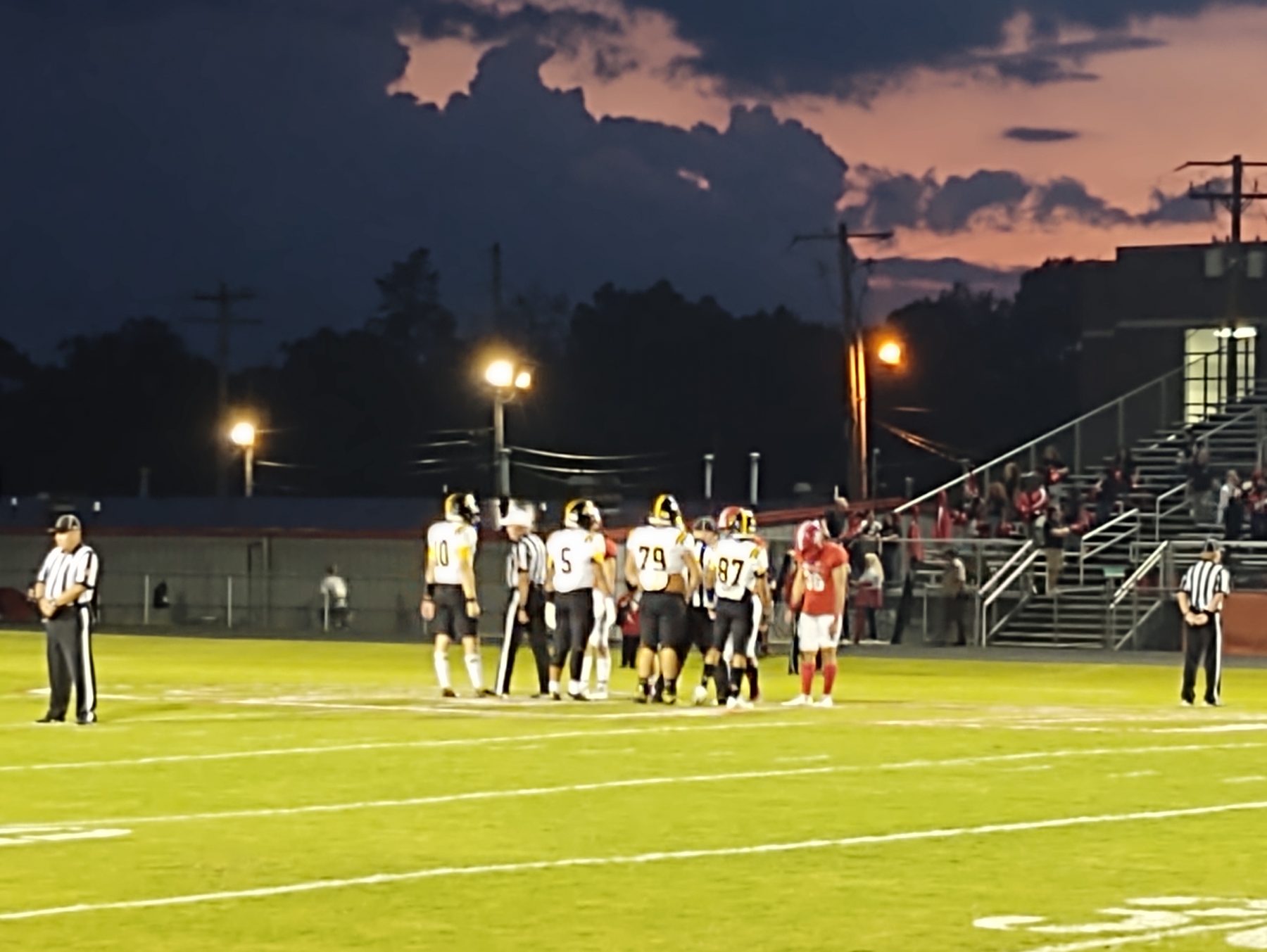 FORT OGLETHORPE-The North Murray Mountaineers returned to region play Friday night as they traveled to take on the Warriors from Lakeview-Fort Oglethorpe. The Mountaineer defense recovered 5 LFO fumbles keeping the offense in great field position throughout the first half. The North Murray offense had no problem converting turnovers into points as they cruised to a 56-17 victory over host LFO.

The North Murray opening drive ended in a fumble giving the Warriors the ball at the Mountaineers 26-yard line. The turnover led to LFO QB Alex Slatton connecting with receiver Keenan Walker in the corner of the end zone for the first score of the night.

The Mountaineers only needed a little over three minutes to answer. A long North Murray drive culminated in a Jadyn Rice 10-yard rushing touchdown.

With the score knotted at 7-7 midway through the first quarter, LFO would begin a scoring drive of their own. After a couple of Will Carroll runs, the Warriors found themselves deep in Mountaineer territory. The LFO drive stalled at the Mountaineer 21-yard line,  and the Warriors settled for a 38-yard Alex Hastick field goal. The Field goal put LFO up 10-7 to close out the first quarter.

The Mountaineers extended their lead a few plays later. LFO began their next drive backed up deep in their own territory. A big hit by Carson Gibson jarred the ball loose from Slatton and the ball rolled into the end zone into the hands of Judson Petty. The Petty touchdown put North Murray out front 21-10.

A big hit by Carson Gibson forces a fumble. The fumble is recovered by Judson Petty in the end zone for a North Murray Touchdown. pic.twitter.com/nbJ93fKKgG

Over a four-minute stretch in the middle of the second quarter, Griffin completed Touchdown passes to Ethan Dempsey, Jadyn Rice, and Judson Petty. The scoring frenzy put North Murray up 42-10 with 1:30 remaining in the half.

The next play would give the LFO fans reason to cheer. LFO wide receiver Trevon Gott returned a kickoff 95 yards for a touchdown. The Gott touchdown brought the score to 42-17 with just over a minute left in the half.

The North Murray offense would not waste the final minute. Aided by two defensive pass interference penalties, The Mountaineers offense quickly moved to within striking distance.  Griffin hit Rice for a 33-yard touchdown with just 30 seconds remaining in the half. North Murray headed to the locker room with a commanding 49-17 halftime lead.

Seth Griffin hits Jadyn Rice with :30 remaining in the half for the NM TD. Seth Griffin tosses 5 first half TD passes.

The first half fireworks gave way to the second half run game. The Mountaineers owned the only score for the final two quarters. Judson Petty scored on a 1-yard touchdown run after a long time-consuming drive early in the third quarter.

The Mountaineers handed the game over to the reserves for the remainder of the final two quarters.

NOTES: Seth Griffin finished with 5 first half TD passes. Jadyn Rice had 3 receiving TD’s, and 1 rushing TD. Senior RB Ethan Dempsey had his second straight game with a receiving TD. Judson Petty recorded a receiving TD, a Rushing TD, and a fumble recovery for a TD. Junior Kicker Jafet Cuenca recorded his first points of the season going 6/6 on extra points. Carson Gibson forced 2 fumbles, recovering one while the other was recovered by Petty for a touchdown.