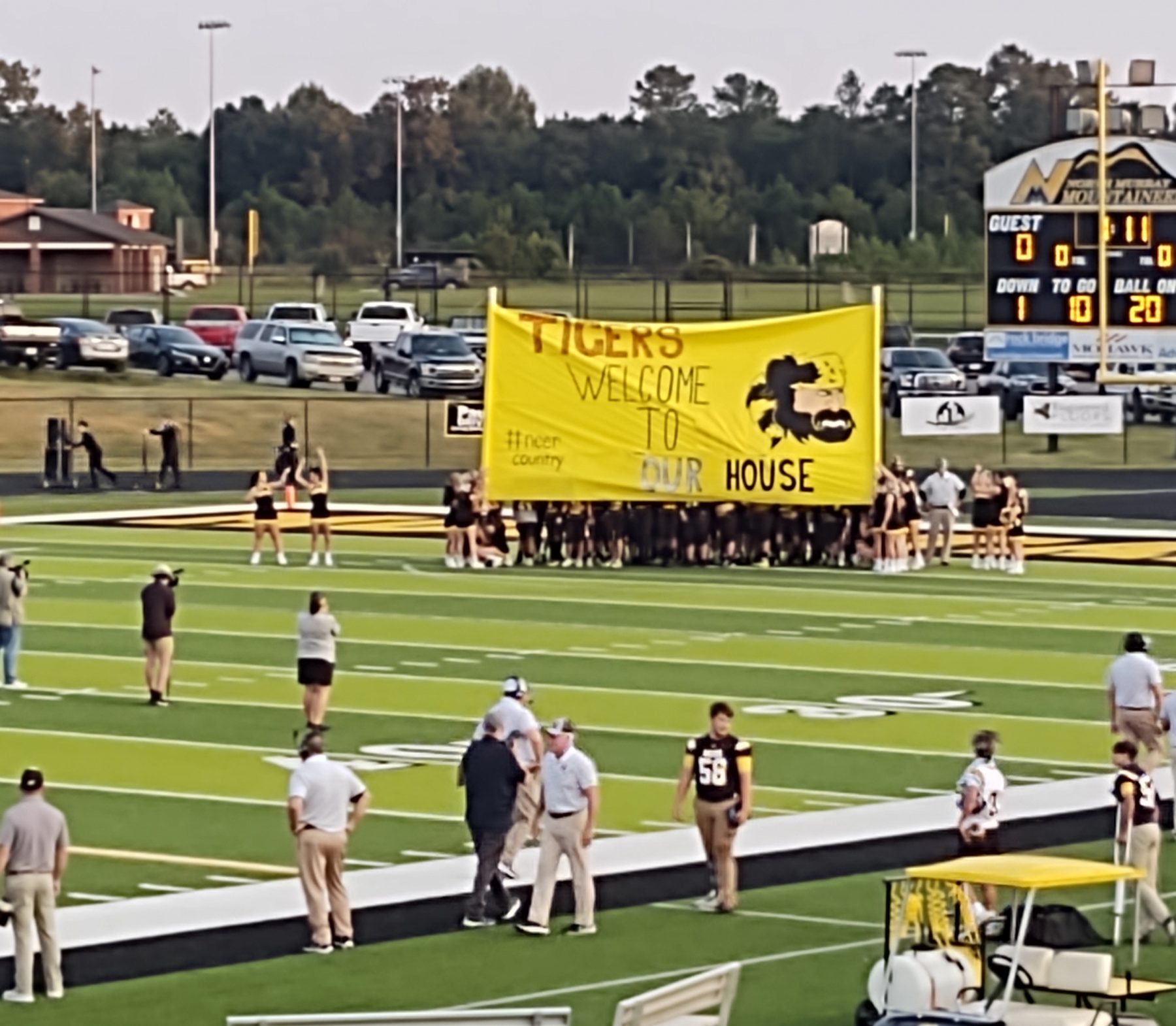 When North Murray and Ringgold get together, excitement tends to follow. The two Region 6-AAA rivals have treated fans to many great battles over the years, and this installment of the rivalry didn’t disappoint. Ringgold prevailed after a last second Landon Eaker field goal secured the 31-28 victory.

The opening drives for each team were met with energetic defenses. The Mountaineers first drive resulted in a punt and the Ringgold Tigers opening possession resulted in a Taylor Frazier interception. The North Murray offense got on track on their next possession as QB Seth Griffin connected with wide receivers Judson Petty and Jadyn Rice to move quickly into Ringgold territory. A few plays later, North Murray’s Devin Hunte punched it in from 3 yards out to put North Murray up 7-0.

Both offenses traded punts early in the second quarter. After a Ringgold punt from their own endzone, Judson Petty put North Murray in great field position by returning the punt to the Ringgold 27-yard line. Quarterback Seth Griffin wasted no time as he hooked up with wide receiver Michael McDade on the next play for the Touchdown putting the Mountaineers up 14-0. North Murray would threaten again just before the half, but a fumble near the goal line would end the drive as Ringgold recovered and maintained possession to end the Half.

In the opening possession of the third quarter, Ringgold marched quickly down field and the drive culminated in a 28-yard Mason Parker Touchdown run bringing the score to 14-7. North Murray would return the favor as the Griffin to McDade connection helped move the ball down to the Ringgold 2-yard line where Griffin pushed his way into the endzone to put the Mountaineers up 21-7. Later in the quarter, Ringgold would strike again after a long run by Peyton Williams set up a Kori Dumas 4-yard touchdown rush, bringing the score to 21-14 to end the third quarter.

Early in the fourth quarter, North Murray’s Owen Hannah had his second punt of the game downed at the 1-yard line. Just four plays later, Ringgold’s Peyton Williams broke free and streaked 79 yards for the touchdown to tie the game at 21. The Mountaineers jumped back in front just a couple of minutes later as Griffin hit Jadyn Rice on a 35-yard acrobatic catch in the front of the endzone making it 28-21 with under three minutes to play. Ringgold’s next possession mirrored a previous possession as a big Williams run set up another Dumas touchdown, this time from 31-yards out. With the score knotted at 28, the ensuing North Murray possession ended when a Griffin pass sailed high and into the hands of a leaping Marcus Fortson for Ringgold. The Tigers would move into field goal range and with 7 seconds remaining, Landon Eaker would nail the 44-yard field goal to seal the 31-28 win for Ringgold.