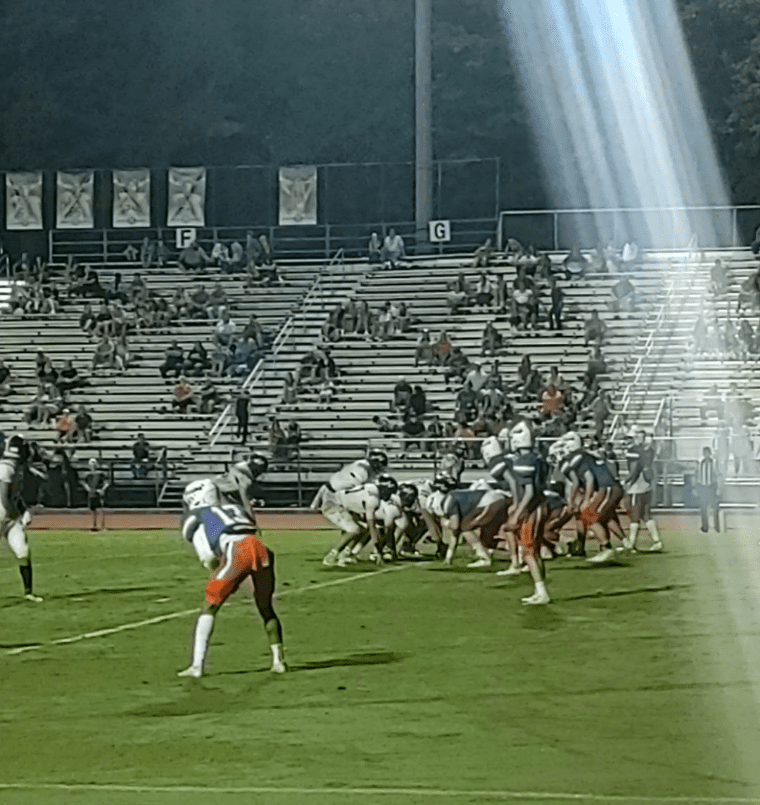 After opening the season with consecutive bye weeks, the North Murray Mountaineers were back in action at Northwest Whitfield Friday night. The Mountaineers walked away with the win in a high scoring game against the Bruins by a score of 31-30.

The Mountaineers opened the scoring on their first drive of the game when QB Seth Griffin connected with WR Judson Petty for a 27-yard touchdown pass. The Bruins wasted no time finding the endzone themselves as Northwest’s ensuing drive culminated in an Adrian Reyes 9-yard touchdown run. After a Jase Talley 2-point conversion Northwest took the lead 8-7. After a North Murray punt Northwest moved quickly as Bruin QB Owen Brooker hit Hudson Gray on a 41-yard touchdown down the visiting sideline giving Northwest a 15-7 lead at the end of the first quarter. 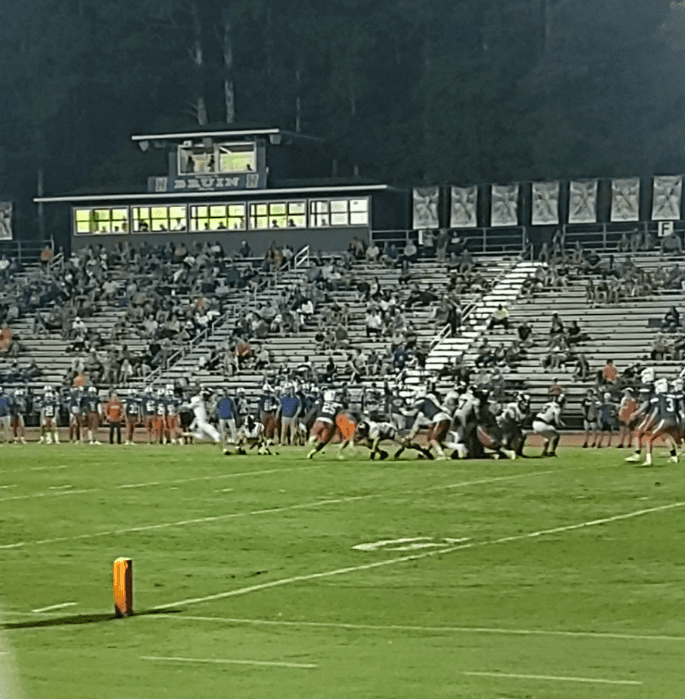 The Northwest offense continued to put up points in the second quarter when Brooker found his favorite target Ray Morrison on a long touchdown in double coverage bringing the score to 22-7 Northwest. The teams then traded punts then North Murray drew closer when Griffin connected with WR Jadyn Rice and he streaked down the sideline for the score. The Bruins would head into Halftime leading 22-14.

On the first play of the third quarter a big hit on Brooker forced a fumble which was recovered by North Murray. The North Murray drive stalled after a costly penalty and the Mountaineers settled for an Owen Hannah field goal bringing the Mountaineers to within 5 points at 22-17. The ensuing Northwest possession resulted in another fumble recovered by North Murray at the Northwest 30-yard line. North Murray wasted no time with the short field as Griffin found the endzone a few plays later on a 1-yard TD plunge. The Mountaineers took their first lead since early in the 1st quarter at 24-22. Later in the quarter Northwest reclaimed the lead on an Owen Brooker 9-yard Touchdown run. After another successful 2-point conversion Northwest went back up 30-24. The next Possession for North Murray proved to be the game winner. The Mountaineers started the drive at their own 20-yard line but quickly marched down field as the Griffin to Rice connection ate up big chunks of yards. It was only fitting that the two would hook up on the score as Griffin found Rice in the front of the endzone for the North Murray touchdown just before the end of the third quarter giving The Mountaineers the slim lead of 31-30.

The final stanza was controlled by the defenses as both offenses failed to generate much production. The Bruins had one last shot, but a Brooker pass intended for Morrison was intercepted by Griffin as time expired. 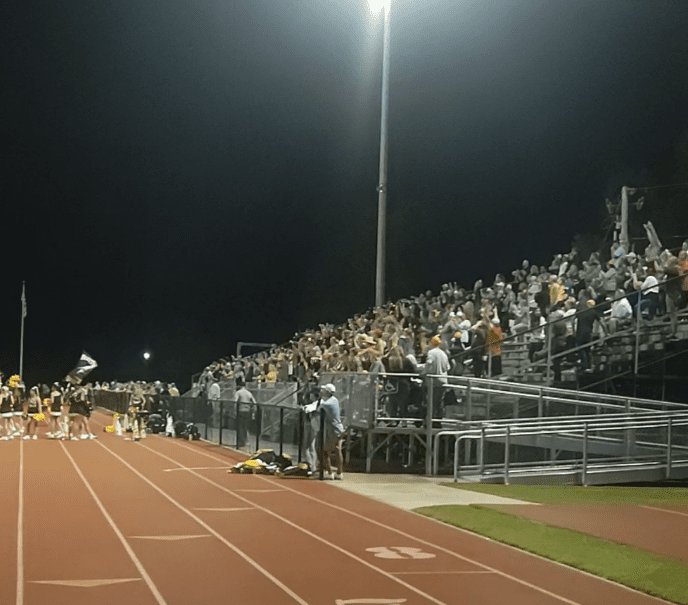