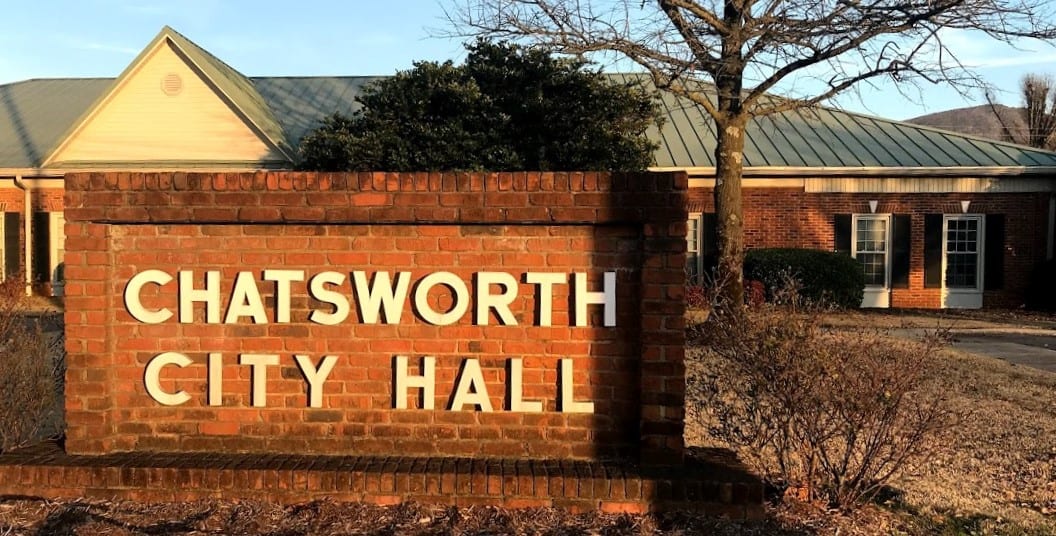 According to Safewise, an internet security company, Chatsworth had the fewest total property crimes in the state at 24 and placed ninth overall.

Etheridge said the accolades belong to the officers as well as the community.

“It’s the officers who get the credit. They are out there every single day,” he said. “We’re fortunate to work in Chatsworth.”

“It’s a reasonable request,” Etheridge said, adding he was neutral on it. “It doesn’t make sense to have (a stop sign) in one direction but not the other.”

“I completely agree with it,” said Etheridge. “There is no device requiring a stop if they make a left turn. It’s a liability.”

In other Chatsworth news, the council:

Approved allowing the street department to continue working four day weeks. They decided in February to try it for 90-days. For the original story, read here.

Approved appointing Mitchel Smith as Chairman of the Chatsworth Housing Authority Board.

To view the complete meeting, visit our YouTube channel here.