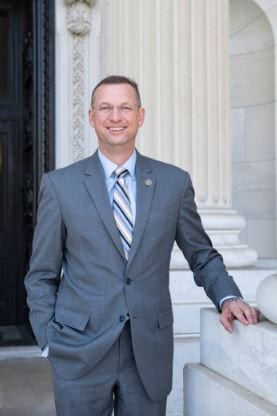 Georgia, – Georgia Governor Brian Kemp began a process to fill U.S. Sen. Johnny Isakson’s seat this week. The Governor set up a website requiring the potential candidates to submit a resume. FYN has learned Rep. Doug Collins (R-Ga.) has submitted his resume for consideration. The seat will be filled following Johnny Isakson’s retirement effective December 31, 2019 and the chosen applicant will serve for the remainder of his unexpired term.

Rep. Collins is a United States Representative from Georgia’s 9th congressional district. Collins has served the 9th District since 2013. Previously he was a state representative in the Georgia House of Representatives, representing the 27th district, which includes portions of Hall, Lumpkin, and White counties.

Collins is considered to be a front runner for the Senator seat. Because this would leave a vacancy we question who will replace Collins. So who will be the new US Representative in the 9th District? According to our information as a result of Collins receiving the appointment, that would trigger a special election. What names will surface in the 9th District hoping to take Collins’ place? FetchYourNews will follow closely and update as more information becomes available.