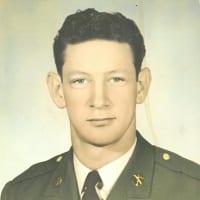 Bro. Glenn David Ballew went home to be with his Lord and Savior on July 4, 2019.

He served in the United States Army from 1966 until he received an honorable discharge in 1969. Bro. David was a member of Canaanland Baptist Church, where he has been a Sunday School teacher for over 40 years.

Funeral services to celebrate the life of Mr. Ballew will be held Sunday, July 7, 2019 at 2:00 p.m. from the Canaanland Baptist Church with Bro. Billy Ballew, Bro. Isaac Johns and Bro. Caleb Ballew officiating. Interment will follow in the Canaanland Church Cemetery with Bro. Danny Jenkins officiating.