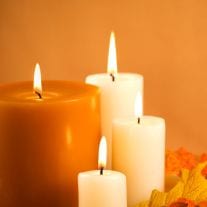 He was born October 1, 1957, the son of Reese Pike and Wilma Welch Waters.

He was preceded in death by his mother Wilma Welch Waters and his sister Donna Sexton.

He is survived by his wife Linita Pike of the residence, Sons, and Daughters in law, Shane and Teresa Pike of Dalton, Georgia., Josh and Brittany Taylor of Gray, Georgia., Brothers: Ronnie Walker and Junior Walker, Sisters Betty Nicholson, Karen Cockburn, Merrie Pike and Sabrina Pike, Grandchildren Hannah, Parker, Skyla, Landon and Caden. He is survived by a host of nieces and nephews. He is also survived by his faithful canine companions: Sophie, Pogo, and Max.

A Memorial service for his friends in Macon will be held on Friday, July 20th at Bristol Park Apartment Club House from 5:30 until 7:30 pm.

Arrangements made with integrity by Shawn Chapman Funeral Home, Crematory and Monuments of Chatsworth. www.shawnchapmanfh.com.