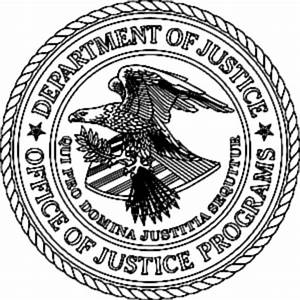 ATLANTA – Kenneth Shipp has been sentenced to eight years, one month in prison for distributing child pornography.  The defendant had hundreds of thousands of photographs and thousands of videos at his residence, which he shared on peer-to-peer websites.

“Kenneth Shipp’s collection of child pornography is the largest of anyone ever prosecuted in this district,” said U. S. Attorney Byung J. “BJay” Pak. “It is abhorrent that someone could derive gratification from the sexual abuse of children, and the amount that Shipp possessed is staggering.  We will continue to work with federal and state law enforcement partners to find those who trade and collect child pornography and bring them to justice.”

“The outcome of this case should serve as a warning to others we will aggressively investigate and bring to justice those who would prey on our most vulnerable population,” said ICE-HSI Atlanta Acting Special Agent in Charge Gregory Wiest.  “HSI continues working closely with our federal and state partners to ensure we identify and arrest the perpetrators of these vile crimes.”

According to U.S. Attorney Pak, the charges and other information presented in court: in February 2016, special agents with U.S. Immigration and Customs Enforcement’s Homeland Security Investigations (“ICE-HSI”) and the Georgia Bureau of Investigation (“GBI”) were investigating persons who were using peer-to-peer programs to trade images and videos of child pornography. The agents were able to download a video from a computer that showed young boys being sexually abused.  Information that they obtained while downloading the video revealed that it came from a computer at a house in Jonesboro, Georgia.

Agents with ICE-HSI obtained a federal search warrant for a house in Jonesboro, and carried out a search on May 9, 2016.  There, agents found numerous computers, laptops, television monitors, thumb drives and other electronic devices, all containing child pornography.  A subsequent examination of those devices showed that Shipp had 447,268 images and 19,395 videos.  Specifically, he had more than 60 terabytes of child pornography.

Kenneth Shipp, 58, of Jonesboro, Georgia, has been sentenced to eight years, one months in prison to be followed by 15 years of supervised release.  Shipp was convicted of these charges on October 5, 2017, after he pleaded guilty.

This case was investigated by the U.S. Immigration and Customs Enforcement’s Homeland Security Investigations and the Georgia Bureau of Investigation.

For further information, please contact the U.S. Attorney’s Public Affairs Office at USAGAN.PressEmails@usdoj.gov or (404) 581-6016.  The Internet address for the U.S. Attorney’s Office for the Northern District of Georgia is http://www.justice.gov/usao-ndga.