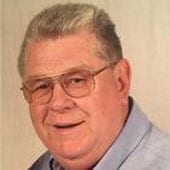 Robert “Bob” Bushue of Chatsworth, Georgia, formally of Effingham and Salem, IL passed away on Saturday, April 22, 2017 at Gordon Hospital in Calhoun, Georgia.

Robert was born on June 12, 1940, the son of Raymond Allen Bushue and Ethelyn (Leith) Bushue Wharton. He married Donna Byers on October 4, 1959 and had three children. He worked in the transportation industry including employment at World Color Press in Salem and Mt. Vernon. He loved fishing, hunting, St. Louis Cardinal’s Baseball and spending time with family and friends.

Doctor Jim Wright will be officiating a memorial service for the family from 9:30 to 10:00 a.m. Saturday, April 29, 2017 at Pagel Funeral Home in Edgewood, Illinois. A visitation/celebration of life will follow from 10:00 a.m. to noon.

Peeples Funeral Home & Crematory of Chatsworth is in charge of the cremation of Mr. Robert “Bob” Bushue.