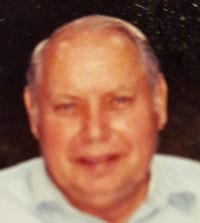 Mr. Floyd Jackson, age 81 of Chatsworth, Georgia passed away Friday, April 21, 2017 at his home surrounded by his loving family.

He enjoyed hiking and camping in the mountains, especially the Great Smoky Mountains. He proudly served in the United States Army and was honorably discharged on February 28, 1965.

He was preceded in death by his parents, Robert “Rob” and Fannie Jackson, and numerous brothers and sisters.

Funeral service for Mr. Jackson will be Monday, April 24 at 6 pm in the chapel of Shawn Chapman Funeral Home with Dr. Danny Cochran officiating.  The family will receive friends at the funeral home on Monday from 4 pm until the funeral hour.

Funeral arrangements made with integrity by Shawn Chapman Funeral Home, Crematory and Monuments of Chatsworth.