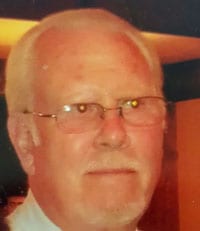 He was of the Baptist Faith.

Mr. Gallman was a employee of Cornet\Beaulieu for over 50 years. After retirement he continued to persue his passion of restoring and repairing cars at Sane’s Body Shop in Dalton. He also loved hunting, fishing and being outdoors.

Survivors include his wife, Trudy Rogers Gallman of the residence, son and daughter in law, Greg and Christie Gallman of Chatsworth, daughters and sons in law, Angela and Greg Starks of Loganville, Summer and Skyler Pittman of Rome, stepdaughter, Stacey Hill of Woodstock. brothers and sistes in law, Glen Gallman and Doug Gallman both of Calhoun Larry and Reba Gallman,  Bob Gallman all of Chatsworth and Tom and Marie Gallman of Ranger. sisters and brother in law, Ruby Gallman of Chatsworth, Shirley and Larry Douglas of Varnell. grandchildren, Garrett and Easton Gallman, Dawn and Annika Starks. Several nieces, nephews and a host of friends also survive.

Funeral service for Mr. Gallman will be Thursday at 11 am in the chapel of Shawn Chapman Funeral Home with Bro. Billy Tatum officiating.  Interment will be in Sardis Cemetery.  The family will receive friends on Wednesday from 5 until 9 pm at the funeral home.

Arrangements made with integrity by Shawn Chapman Funeral Home, Crematory and monumnets. www.shawnchapmanfh.com