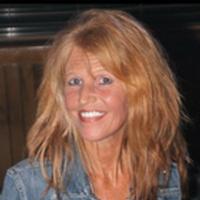 Vickie was preceded in death by her grandparents, Roy and Vola England and Jay and Christine Norris; uncle Sonny Norris; aunt, Eva Human.

A local memorial service to celebrate the life of Ms. Vickie Ann Norris will be held Saturday July 9, 2016 at 2:00 p.m. from the Tennga Baptist Church with Pastor Mark Ferguson officiating.

A memorial service to celebrate the life of Ms. Vickie Ann Norris will be held Saturday, July 16, 2016 at 1:00 p.m. from Pleasant Ridge Church in Sunbright, TN with Rev. Steve Gadd officiating.

In lieu of flowers, memorial contributions may be made to Peeples Funeral Home & Crematory, P.O. Box 577 Chatsworth, GA 30705 to help final expenses.

Peeples Funeral Home & Crematory of Chatsworth is in charge of the arrangements for Ms. Vickie Ann Norris.